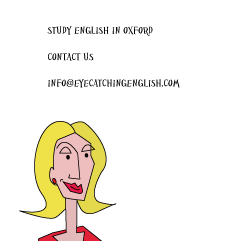 A penny for your thoughts

A way of asking what someone is thinking

People’s intentions can be judged better by what they do than what they say.

To further a loss with mockery or indignity; to worsen an unfavourable situation.

An arm and a leg

Very expensive or costly. A large amount of money.

At the drop of a hat

Meaning: without any hesitation; instantly.

Back to the drawing board

When an attempt fails and it’s time to start all over.

Ball is in your court

Barking up the wrong tree

Be glad to see the back of

Be happy when a person leaves.

Beat around the bush

Avoiding the main topic. Not speaking directly about the issue.

Best of both worlds

A good invention or innovation. A good idea or plan.

Bite off more than you can chew

To take on a task that is way too big.

Something good that isn’t recognised at first.

To work late into the night, alluding to the time before electric lighting.

Can’t judge a book by its cover

Cannot judge something primarily on appearance..

Costs an arm and a leg

This idiom is used when something is very expensive.

Cross that bridge when you come to it

Deal with a problem if and when it becomes necessary, not before.

When you complain about a loss from the past.

Being Inquisitive can lead you into an unpleasant situation.

When something is done badly to save money.

To succeed; to come up to expectations; adequate enough to compete or participate

To present a counter argument

Don’t count your chickens before the eggs have hatched

This idiom is used to express “Don’t make plans for something that might not happen”.

Don’t give up your day job

You are not very good at something. You could definitely not do it professionally.

Don’t put all your eggs in one basket

Do not put all your resources in one possibility.

When you are extremely desperate you need to take radical actions.

Elvis has left the building

The show has come to an end. It’s all over.

Every cloud has a silver lining

Be optimistic, even difficult times will lead to better days.

Feel a bit under the weather

Give the benefit of the doubt

Hear it on the grapevine

This idiom means ‘to hear rumors’ about something or someone.

Hit the nail on the head

Do or say something exactly right

In the heat of the moment

To say or do something without thinking it through because you are overwhelmed by what is happening in the moment.

It takes two to tango

Actions or communications need more than one person

Jump on the bandwagon

Join a popular trend or activity.

Keep something at bay

To stop something from happening. To manage a situation to prevent it from getting worse.

Kill two birds with one stone

This idiom means, to accomplish two different things at the same time.

The final problem in a series of problems.

Meaning – do not disturb a situation as it is – since it would result in trouble or complications.

Let the cat out of the bag

Come to the point – leave out details

Method in my madness

An assertion that, despite one’s approach seeming random, there actually is structure to it.

Not a spark of decency

Not playing with a full deck

Someone who lacks intelligence.

Crazy, demented, out of one’s mind, in a confused or befuddled state of mind, senile.

When someone is active, attentive and aware and handling a situation well.

Once in a blue moon

A visual presentation is far more descriptive than words.

A job, task or other activity that is easy or simple.

Put wool over other people’s eyes

This means to deceive someone into thinking well of them.

This idiom is used to say that two (or more people) agree on something.

Sit on the fence

This is used when someone does not want to choose or make a decision.

Speak of the devil!

This expression is used when the person you have just been talking about arrives.

To take credit for something someone else did.

Take with a grain of salt

This means not to take what someone says too seriously.

Taste of your own medicine

Means that something happens to you, or is done to you, that you have done to someone else

To hear something straight from the horse’s mouth

To hear something from the authoritative source.

Everything. All of it.

Your guess is as good as mine

To have no idea, do not know the answer to a question